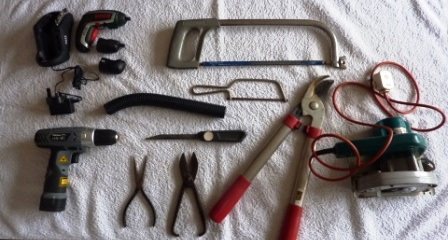 The Knee, by Sheila Johnson

‘We really can’t do any more for you. I think you should go back to see your specialist. I’ll write to your doctor to that effect.’ These were really not the words I wanted to hear from the physiotherapist I had started seeing in January, five months earlier. The thought of some surgeon tampering with my knee, or even cutting my leg in half, made me quiver. Still I didn’t worry; it would take months, if not years for my knee to progress through the system. After three days my doctor rang to discuss where I wanted to go and who I wanted to see. I chose an Oxford specialist I had seen years previously. That will do it I thought. He will have retired; there will be a long wait to find someone else. Then I would go on his list etc, etc. My knee would be safe for at least two more years. Two weeks later I had an appointment on 30th June with my chosen specialist.

I presented myself in Oxford at the appointed time. My knee was inspected and declared perfect for an Oxford unicompartmental replacement or half knee. However my X-rays had not arrived from my GP. Mr Gundle would get hold of them and confirm his diagnosis. Good I thought another delay. Wrong.

I had a pre-op appointment for 7th August. 7 am on Monday the 17th August and I was being processed through the admissions procedure. I had not had anything to eat or drink since midnight; I had washed my body and hair in gooey pink disinfectant and put cream up my nose. When the doctor, clerking me in, dropped his pen I just knew he would be operating.

‘My knee doesn’t hurt anymore.’ I told my husband Steve.

I didn’t dream up the miserable anaesthetist, but the array of power tools, topped with circular saws hanging on a rack, as I went into theatre? Awake or asleep, I was shaking. Then I was awake. Does your leg feel heavy if it’s been cut off I wondered?

‘Keep the oxygen mask on,’ I was told. I closed my eyes. Gradually I was able to keep my eyes open and speak.

There were four of us in the room, three hips and one knee. They clicked merrily on their morphine pumps. I had an injection to stop the morphine induced sickness Paracetamol for me! As we laughed later I was told I had easily won the sickness competition. What an honour! More worrying was my leg. My feet had definitely lost their blood supply, and my knee felt like a joint of pork before you roast it. The nurses showed no concern; this must be normal?