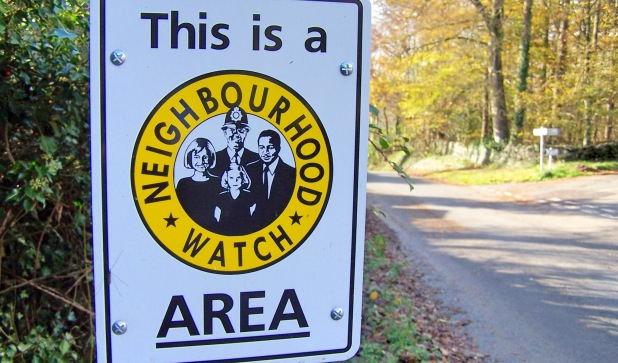 Since its inception in 1982 Neighbourhood Watch has become the largest voluntary movement in the UK with 170,000 schemes running throughout the country, including Aynho.

If you  see anything suspicious or witness any anti-social behaviour in the village, your first line of action is to contact Northamptonshire Police on the 101 non-emergency calls number.

Thankfully, Aynho experiences relatively low levels of crime and the local Neighbourhood Watch scheme was set up with the intention of bringing those crime levels down still further, reassuring residents and developing community involvement.

The principles of Neighbourhood Watch are about taking sensible precautions and being vigilant for both your own property, your neighbours and the community. It’s all about a few simple steps:

Our local community officer is Clive Ashmore, who can be contacted at Brackley Police station. For more information regarding Neighbourhood Watch and the Aynho area take a look at the national ‘Our Watch’ web site.

Remember – Use 999 only for emergencies.