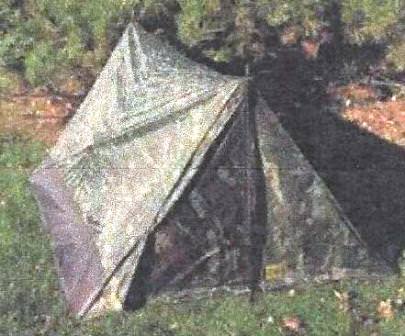 Crossing The Border by Keith McClellan

The white mist from the morning DDT spray spread under the khaki canvass of our ex-army bivy tent and had us spluttering awake. I opened a flap to see the tractor disappearing through the wood towards the barns. The mist hovered, two feet deep, across the site, lit up by the sun rising over the Black Sea.
“Time to move on,” I said.
“Anything to get away from this spraying,” said Carol, “It’s such a shame. I love this beach. Will we find another as good do you think?”
“I don’t know, but Turkey will be different, I’m sure.”

Once we had breakfasted and packed we set off towards Turkey. The nearest border was less than a hundred miles away, but the crossing point was closed. We had to return to the main trunk road and drive across the whole of the south of Bulgaria before joining the queue on the road through to Edirne. After driving for most of the day, and checking the map carefully for the infrequent petrol stations, we drew up behind a mix of heavy trucks, Ladas, Trabants and one or two Zils. Leaving Bulgaria was a lot simpler than entering it. We moved forward to the Turkish border.

Once the trucks had pulled off into their own queue, we were surprised to find ourselves behind a large American Buick. I left Carol in the car and took all the documents into the border control office.
“British?” said the uniformed man at the window.
“Yes,” I said.
“Purpose of visit?”
“We’re on holiday – tourism I suppose.”
“You are importing a car. Anything else?”
“Only our camping gear. We’re heading for the BP Mocamp, near Istanbul.”
“This other passport, a woman, I think.”
“Yes, of course, she’s my wife.”
“You wish to import her as well?”
“Import her? She’s my wife; of course we are travelling together.”
“If you bring a woman into Turkey you have to import her.”
“OK yes, I want to import her.” He stamped the passports and wrote a note on his form.
“A customs officer will come to inspect you car for smuggled goods. Next!”
I crossed the office to the currency exchange counter and stood behind a large American.
“I want some cash,” he said, “give me some dollars.”
“I give you Turkish Lire, Sir; that is national currency.”
“What’s this filthy stuff? It’s disgusting,” he threw the notes back across the desk. “Give me dollars: I want some money I can trust.” He grabbed the proffered dollars, turned and strode out to the Buick. I cashed a traveller’s cheque and was given some of the rejected Lire. They were very well used, but I knew we would spend them soon enough.

I walked back to the car. There was a uniformed customs officer standing there. He pointed his stick at the boot. I opened it to reveal the broken wardrobe mirror. Carol had never been camping before and had insisted that she needed a full length mirror for getting dressed. I had explained that the bivy was only three feet high but she had insisted. In the first year of marriage, I was still basking in my almost unbelievable good fortune in marrying her and in no mood to argue. I had unscrewed the mirror from inside the wardrobe door and packed it in the car. After two weeks camping across Germany, Yugoslavia and Bulgaria it had broken across diagonally. It was held together only by the silver backing. It fitted into the boot of the Opel by using the break as a hinge, so that the top section lay horizontally over our other luggage.
The customs officer was visibly shocked. He stared at me for a long moment. The he raised his stick and waved it to indicate we should leave. I thanked him, got in the car, smiled at Carol and drove through the open barrier into Turkey.