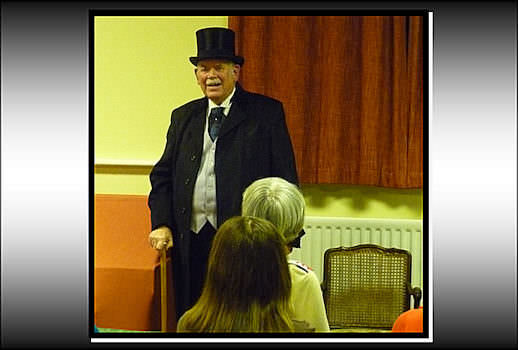 It was Aynho’s turn to host the group meeting this month so 60 members from Aynho and the surrounding WI’s met on Monday 21st March in Aynho Village Hall to listen to a talk by Graham Sutherland on Wicked Women.

Graham, an ex –policeman, dressed appropriately for his role as  Victorian gentleman story teller.  We listened to the fascinating tales  of the deeds of the wicked and not so wicked  women in 19th century England.   Some seemed more victims themselves of the dubious legal system then, being hanged or sent to jail on questionable evidence.  However, one woman managed to dispose of 18 adults and children  from ‘gastric fever’ before the authorities finally became suspicious and undertook a post mortem, on the kitchen table,  of her final victim and discovered a large amount of arsenic in his stomach.

It was an enjoyable evening giving us an insight into the people and  legal system of that time.  The evening was rounded off nicely with a drink and a wide choice of delicious homemade cakes made by the ladies of Aynho WI. 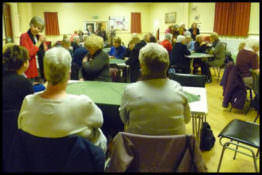