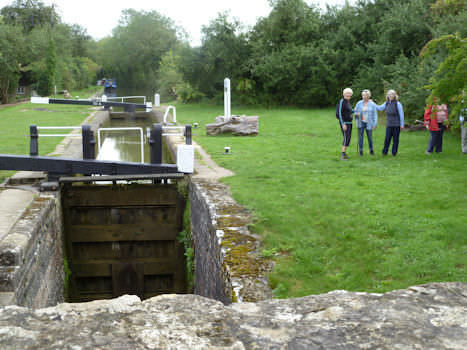 An approximately 4½ mile circular walk  Kirtlington – Enlsow  – Kirtlington.
We parked in Mill Lane, Kirtlington, walked along it passed the Kirtlington Quarry Nature Reserve to Pigeon Lock, so named after the public house that was once there but is now a private dwelling.  Here we joined the tow path alongside the Oxford Canal which was amazingly dry underfoot considering the amount of rain which had fallen the previous day.  Beyond Kirtlington Golf Club we stopped to read a Waterways information board giving walkers information about the small, rare and vulnerable habitat of the Enslow Marsh Sedgebed we were passing.   Further along we stopped to chat to a lady feeding a family of swans from her doorway which opened straight onto the canal.  There was a timely reminder here not to throw our rubbish into the canal as she said the swan family had only just been returned from Tiggywinkles Wildlife Hospital after someone had thrown a tin of blue paint into the canal and the family had been covered – the remains can still be seen on the adult male!  Walking on we passed Kingsground Marina, Enslow where a variety of narrow boats were moored and shortly after this we left the canal, walked along the busy A4095 for a short distance before leaving it to join a bridleway heading back towards Kirtlington.  This last part of the walk was very attractive with huge willow trees as well as apple, damsen and even a walnut tree growing alongside the footpath.  This then led us back to Pigeon Lock from where we retraced our steps to Mill Lane and the cars.  A very enjoyable walk with plenty to see. 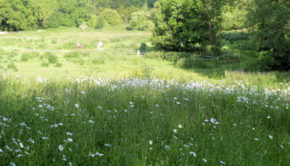 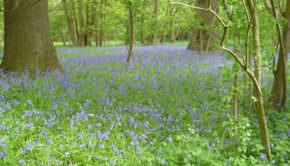