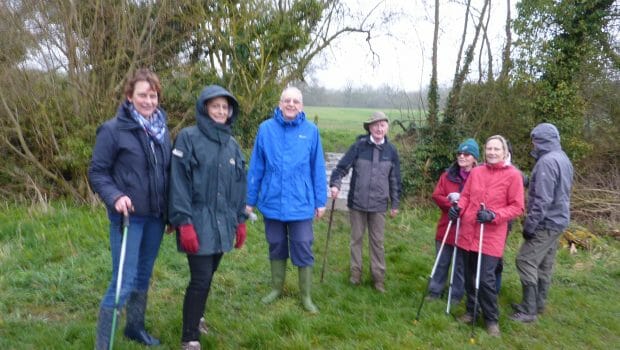 The weather resumed its normal wet, windy and cold self as we set off on a shorter walk today, under Dawn’s leadership as she works to complete her leadership qualification. We kept the walk short so that those who wanted to could attend Brian’s funeral service. Hazel was insistent that we could attend in walking gear as Brian had been the original leader of the Aynho Health walks. We set off down Green Lane in driving rain through boot sucking mud and paused at the bottom of the lane for everyone to catch up. We continued along the valley track towards Charlton through lakes of water until we reached the next field where the border was also squelchy but not so boot-grabbing. We crossed the bridge and posed for the photo. Up to Charlton next and down the hill to the path through Rainsborough Camp. The horses were wearing their coats again. We soon reached the Charlton Road and walked up to the sports field and home for the Service at Church. 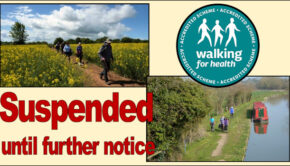 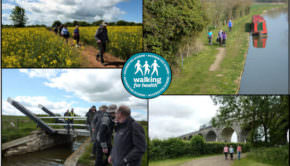 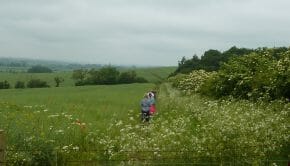 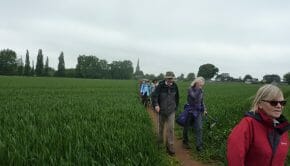