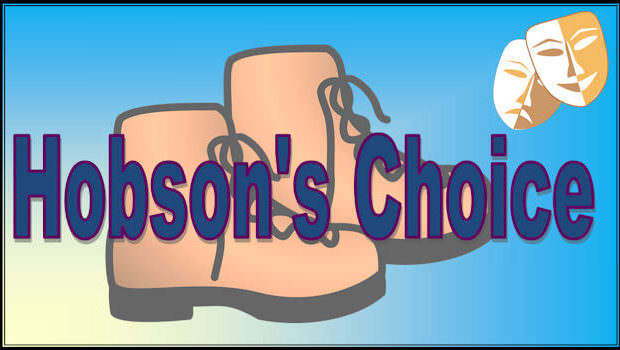 On Wednesday 9th March, sixteen ladies from the WI set off for the theatre in Milton Keynes.  It was a very wet day, so our cheerful driver of the Northampton Community Bus had to take an alternative route to avoid roads closed due to flooding.  However, he delivered us safely to a matinee performance of Hobson’s Choice by Harold Brighouse.

It is one hundred years since this classic northern comedy was first staged, but it stands the test of time.  All the cast were excellent led by Martin Shaw as the boot shop owner Henry Hobson.  This self-made widower, a skinflint and boozer refuses to accept the part his three daughters, who run the shop, and Willie Mossop his talented boot-maker play in maintaining his selfish life-style.  However, when Maggie the eldest daughter marries Willie it makes a man of him and he sets up in competition to his father-in-law, forcing Henry Hobson to face the truth and take ‘Hobson’s Choice’.

Our thanks to Hazel Bradford for organising this cheery outing.