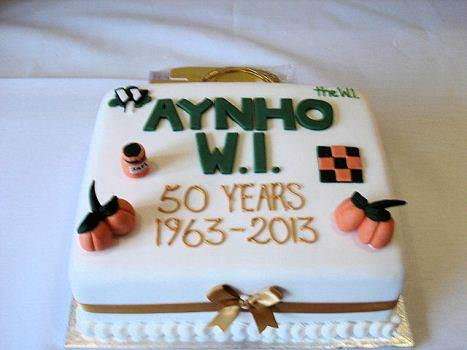 Aynho WI celebrated its 50th Anniversary with an excellent  lunch in the Apricot room at the Cartwright Hotel.  This was followed by a piece of the anniversary cake.