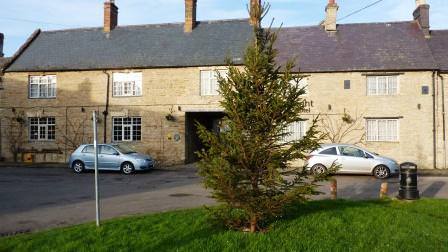 What’s The Point of Christmas Trees? by Fiona Gow

This is BBC Radio 4. Now it’s time for the latest in our series “What’s the point of ..?” with Quentin Letts. Over to you, Quentin.

Quentin: Only 13 more days until Christmas and I expect a lot of you have already got your tree home, decorated it – and you may even have managed to get the lights working as well! But I’ve been wondering why on earth we bring trees into the house over Christmas, and cover them with glittery decorations? So my question this week is “What’s the point of Christmas trees?”

I think we should talk first to the man who brought Christmas trees to Britain, Prince Albert. I’m told the line is a little faint, but we’ll try our luck … Your Royal Highness, can you hear me?

Prince Albert: Yes, I am here.

Quentin: Now, sir, you were the person to introduce Christmas trees to this country?

Prince Albert: No, that is not right. The British do not check their facts. The person who introduced Christmas trees to Britain was Victoria’s grandmother, Queen Charlotte. Like me, she came from Germany, where we had a long tradition of decorated trees at Christmas. She gave a children’s party at Windsor Castle in 1800 and thought a Christmas tree would be a good idea and it was a great success

Quentin : So why has Queen Charlotte’s contribution been forgotten?

Prince Albert: The Royal family had had a tree every year but this was not generally known about. However in 1848 there was a picture on the front cover of the Illustrated London News of Victoria and me and our children around our tree.   And because I was, if I may say so, something of an innovator in many fields, people jumped to the conclusion that I had introduced the tree as well.

Quentin Well, thank you, Your Highness, for putting the record straight. Now within 10 years of that picture every well-off family had a Christmas tree, but what about the poor? Let’s hear from the Secretary of the Poor Children’s Yuletide Association. When was your organisation formed?

Secretary: It started in 1906. We thought it was a shame that only rich children enjoyed the magic of beautiful trees hung with colourful decorations. Our aim was to ensure that children in London slums who had never seen a Christmas tree before would enjoy one that year. We were delighted that we collected enough money to send 71 trees laden with toys to the poorest parts of London.

Quentin: The most famous Christmas tree in London these days is in Trafalgar Square. I expect most of you know that a tree is still sent every year from the people of Oslo to the people of London, as thanks to Britain for the support she gave to the Norwegian resistance during the Second World War. But you probably don’t know that the city of Bergen still sends a tree to Newcastle upon Tyne in appreciation of the part that soldiers from Newcastle played in liberating Bergen from Nazi occupation

But I’m still not too sure what on earth fir trees have got to do with the birth of Jesus, so I’m going to the highest authority – the Archbishop of Canterbury, the Very Rev. Justin Welby. Justin, can you tell me if the Christmas tree has got any Christian message?

Justin Welby: Yes, Quentin, it certainly has. First the trees are evergreen.   Most trees shed their leaves in winter, but fir trees stay green. It’s a kind of miracle – life goes on – and for a Christian an evergreen tree is a symbol of eternal life.

Next let’s think about the lights. Bright lights against dark leaves, shining light in the darkness of midwinter. Light shines in the darkness, a symbol of hope in dark days.

And what’s on the top of the tree? Sometimes a star, the star which guided the Wise Men to the baby in the stable in Bethlehem, sometimes an angel to remind us of the heavenly host who sang of peace on earth.

Quentin Thank you very much, Archbishop, and thanks to all our contributors. I shall look at our tree at home with even more pleasure now. Long live the Christmas tree!