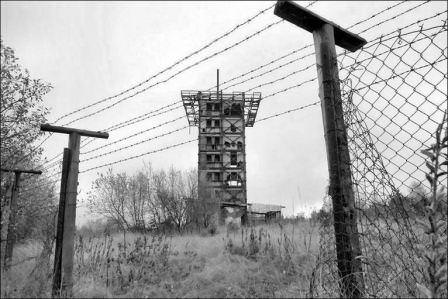 Crossing the Border by Brian Reynolds

I have crossed many geographic borders and a few are memorable.

Crossing from Poland into Slovakia was always pleasant. The border point I used was in the village of Bukowina Tatranska, about two hours from Krakow. Set in the foothills of the snow-capped Tatras Mountains it seemed to be in a time warp with sheep and horse-drawn carts a common sight.

On the many occasions I entered The Philippines I invariably experienced the same routine when I presented my passport:

“Hello Mr. Reynolds. Welcome to The Philippines. Are you here for business or pleasure and how long do you plan to stay?”

“Thank you. Enjoy your stay.” A flashing smile sent me on my way with my passport stamped for thirty days, which meant I had to pay for the visa to be extended.

My most memorable border crossing was in 1958 during my first trip abroad. I was travelling to Germany to attend an International Youth Conference in Sonnenberg, an event that had been established to foster relationships between the youth of Europe following WW2. Sonnenberg is in the Harz Mountains close to what used to be the Inner German Border that separated east from west and described by Churchill as an Iron Curtain. One afternoon we were taken to a small piece of woodland in the centre of which the wire fence that formed the border was broken. Across two hundred metres of no-man’s land on the other side of the fence there were watch-towers with armed guards patrolling around the top. Some of us wanted to step across the border to have our photographs taken in East Germany, but our West German colleagues were alarmed and would not allow us to do so.

“The border guards will shoot at you,” they told us. “They have shot at children who sometimes go looking for birds’ nests here.”

We thought it unlikely that the guards would do anything, but our West Germans friends were very nervous; it was a convincing demonstration of the East-West divide and the fear it engendered. I was nineteen and will never forget my first border crossing.