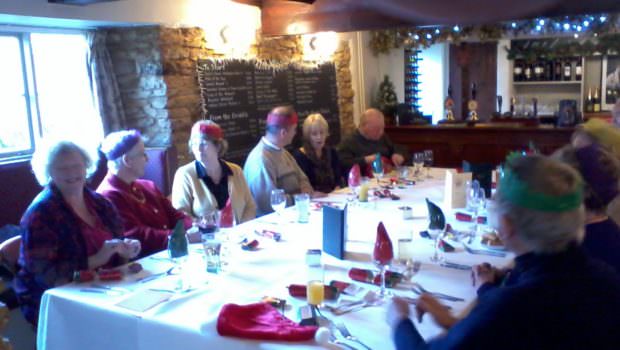 Revd. Philip Davies: Philip writes fantasy adventure novels for teenagers and young adults, and the first of these, Destiny’s Rebel, is due for release by Books to Treasure in Spring 2015. He has produced four booklets of short stories and poems, and is the Acting Chair of the U.K. Association of Christian Writers.

Fiona Gow:    Fiona taught classics in schools in Merseyside until she retired and now keeps her hand in with some adult Latin and Greek classes. She co-wrote a new history of the Adderbury Quaker Meeting House.

Barbara Harris: Barbara grew up in Belize, was Secretary to the Colonial Treasurer there, then P.A. to the British Consul general in New Orleans. During a subsequent posting to Bahrain she married a naval officer, now lives in the U.K. and enjoys writing about anything and everything, often in rhyme. She contributed to the Oxford Radio Inside Lives series.

John Hermon: John is a retired language teacher and trainer and a (nearly)full time grandparent! He had his second anthology of poems, Sometimes I Write Words, published by Instant Apostle in September 2013. John lost his wife in 2007 after a long illness, Sometimes I Write Words is an anthology for various seasons of the heart, helping the reader to find beauty in life amidst pain and death.

Sheila Johnson: Sheila is researching her family history, which led her to Life Writing and she is now writing fiction.

Imogen Matthews: Imogen is a journalist who writes about the beauty industry. In 2009 she won the coveted Cosmetic Executive Women (UK) Achievers Award for her work. Her contemporary novel, Run Away, is published on Kindle and the sequel, entitled The Perfume Muse, will soon be available. Imogen’s third novel is on a completely different theme that took her deep into her mother’s past and survival during the Dutch Hunger Winter of WW2.

Keith McClellan: Keith is a retired headteacher who has recently published a novel, The Bootlegger’s Widow, and is researching a biography of his father, an innovative public librarian in the last century. He also enjoys writing memoir, comic verse and short stories.

Jayne Ryman: Jayne works for the NHS and is an innovative writer and talented actor who is working on her first novel

Brian Reynolds: Brian has compiled Volume 1 of his memoirs entitled Days in the Life of Brian,   He has had The Way of the Sun, a history of the Sun Engraving Co. Ltd, and Sun Printers Ltd pulished. He has also broadcast in the BBC Radio Oxford, Inside Lives series and appeared on BBC Radio Merseyside.

June Smith:   June is compiling her autobiography and is interested in family history. In 2009 she wrote A History of Kings Sutton Primary school, 1909-2009 and has a number of her poems published.

Edna Sparkes: Edna is a long serving member of the group who has recently had her 241st poem published. She is currently working on a book on recent British Social History encompassing her autobiography.

Pat Stubbs: Pat is an anglicised Scot who still feel passionate about her homeland and writes about it whenever possible.

Rhoda Woodward: Rhoda is currently engaged on recording further childhood reminiscences to add to her memories of Adderbury and WW2. She has contributed to local history books and had a number of her own books published.

Jenny Sakamoto: Jenny joined us last year. She lived and worked in Vienna for over twenty years and is currently writing a fascinating memoir.