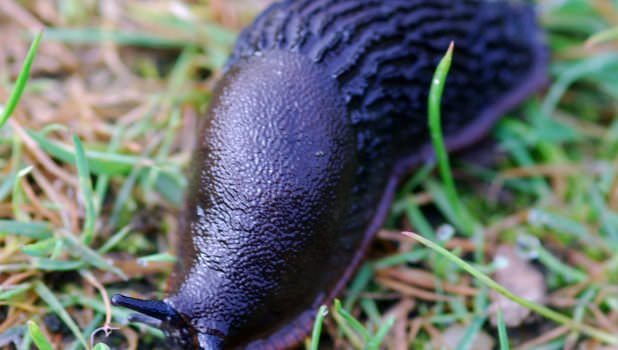 The animal we love to hate – The Slug

A slug is basically a snail without a shell and did, in fact, evolve from the snail. They have two pairs of tentacles which can be regrown if lost. The upper tentacles detect light and dark and are sensitive to certain smells while the lower ones are used for feeling and tasting. They are hermaphrodites having both male and female sex organs and although some species of slug need another to mate with others can fertilise their own eggs. In its lifetime (on average 12 months) a slug can lay about 500 eggs which survive for years only hatching when the conditions are right.

There are approximately 30 species of slug of which only four are the main pests. These four cause approximately £8 million in damage to vegetable crops each year. On average a UK garden is home to over 20,000 slugs and it is estimated that an acre of farmland can support over 250,000. Only 5% of the population are above ground at any one time; 95% are underground munching their way through seeds, seedlings and roots as well as laying eggs.

Like everything in an ecosystem, however, slugs have a role. They are efficient composters breaking down rotting vegetation and turning it into nutrients for plants, as well as being a source of food themselves for many other creatures including beetles, slow worms, hedgehogs, toads, birds and especially frogs. If you must use slug pellets to control them (some think they are not a very successful method) follow the instructions carefully or you will be killing more wild life than just the slugs. As an alternative why not encourage some of their predators into your garden instead!