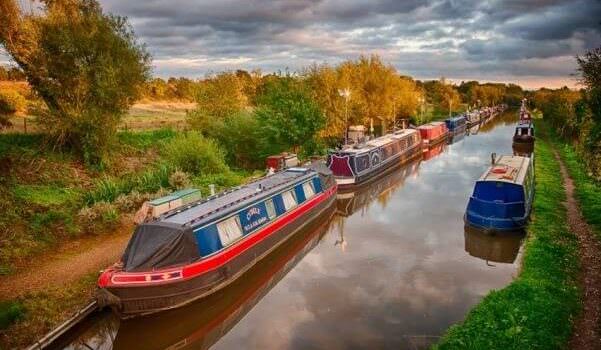 Click here to see the above photograph – Aynho Wharf by Jim Muller.

Adderbury, Deddington and District Photographic Society:For the Portrait Workshop in September, the Apricot Room of the Cartwright Hotel was transformed temporarily into a photographic studio. Members practised their skills, using their camera controls and different lighting and reflector configurations, to photograph the models using available light only – that is with no flash. The results of their efforts may be seen on the Society’s website (adandd.co.uk).

At the end of September, the Society once again mounted its annual exhibition of members’ work in the Adderbury Institute; 118 photographs were displayed in what was the Society’s eighth and largest exhibition since it was formed in 2006. The second of the annual exhibitions was in October in Deddington Parish Church at the same time as the Farmers’ Market. Again, a selection of these photographs may be seen on the website.

Also in October, Mark Buckley Sharp ARPS CPAGB APAGB visited the Society and gave a presentation on ‘The Work of the Royal Photographic Society’. Explaining that RPS membership is open to everyone, including overseas members, Mark reviewed the three levels of accreditation: LRPS, ARPS and FRPS, and described the standards required for each distinction together with the work of the respective scrutinising boards. Mark concluded with a general discussion on aspects of the RPS organisation, which is based in Bath before responding to questions from the audience. This was a most interesting presentation, which will be helpful to any members seeking RPS accreditation in the future.