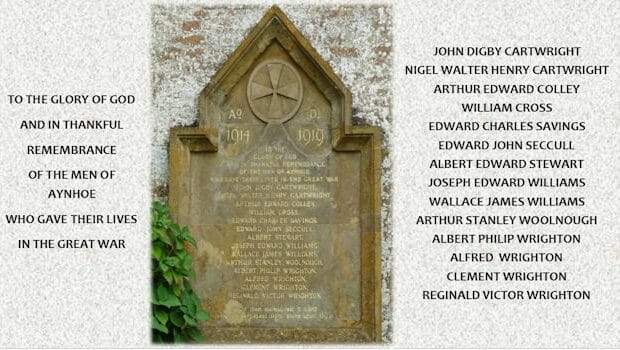 One Hundred Years since the Armistice was implemented at the 11th hour on the 11th day in November 1918. One hundred years since Aynho felt the community loss of the fourteen Aynho men who were killed action and are named on the World War One war memorial at the church. It was very real then as was the gradual return of the at least 62 survivors, some wounded terribly and others with experiences they would never forget. The same goes for their families, parents, wives, widows, siblings, children, friends and neighbours. Those who had supported the War in the fields, in the hospitals, in the factories, on the land also returned to a village where things would be different. The community and the nation exhorted “Their names will not be forgotten – and we will remember them.” We strive to be as good as our word and those of our forebears; we will this year again, but in more particular ways.

Named Days. Each day at 5pm we will hold a short gathering in the Church. It will be but five or ten minutes to recall the life of each man, his family his work in the village, what happened to him, what he did, and what and who he left behind. It will be small but personal “at the going down of the sun…” moment. Try and join one or more days and be with those who are still connected to the family, village or who lived in the particular house that man had lived. Come along if you can, bring a friend or a neighbour, just to be part of the “community remembering”.

Your Parish Councillors and the PCC have supported the remembrance period with financial support to purchase some named blocks – to get the names off the wall so to speak – and for some silhouettes to evoke the “There but Not There” thoughts. You can see these in the church, on the village green, on the Apricot website. You can also see/hear the stories of all these fourteen men and their families. Each day from 28th October to 10th November will be a different story.

Remembrance Day – Sunday 11th November. Join the community at the church for the annual Remembrance Service. It starts at 1015hrs and will be over after the 2 minute silence and the trumpeter playing ‘Last Post’ and ‘Reveille’ astride the Two Minute silence just after 11am. This year the service will have a focus on the Great War, on the Armistice, and we will tell a summary story of the all the villagers involved. Please come along if you can – and bring elderly neighbours as well the young, who learn about these things at school;  this could add to their sense of the community effect and its reality by knowing that this person lived here and did this – for us and the future.

A small booklet has been printed and published which describes the lives of the fourteen men based on the Aynho History Society’s work some years back. A donation (to cover its printing costs) of about £3 is welcomed. 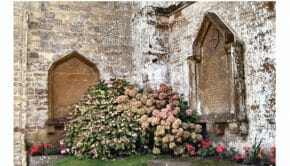 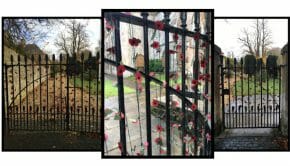 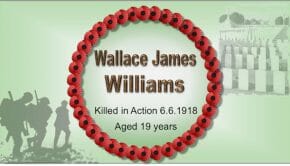 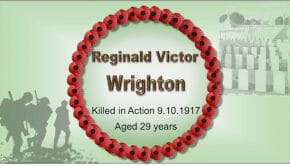