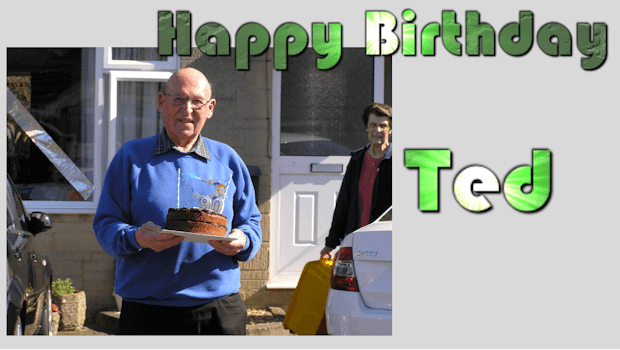 An important 90th Birthday in the Village 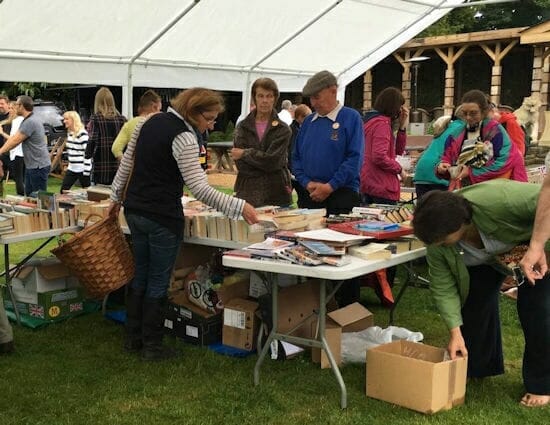 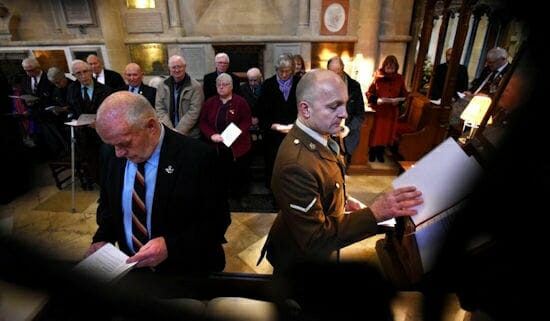 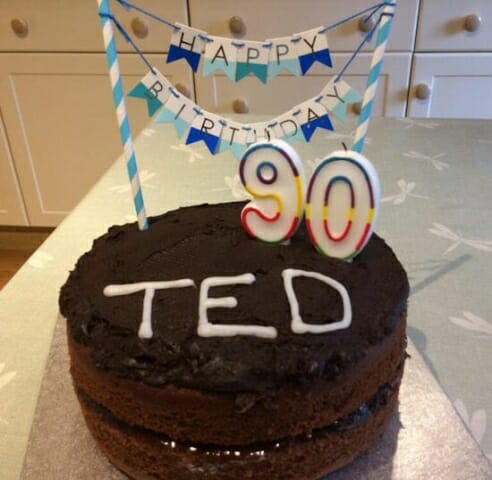 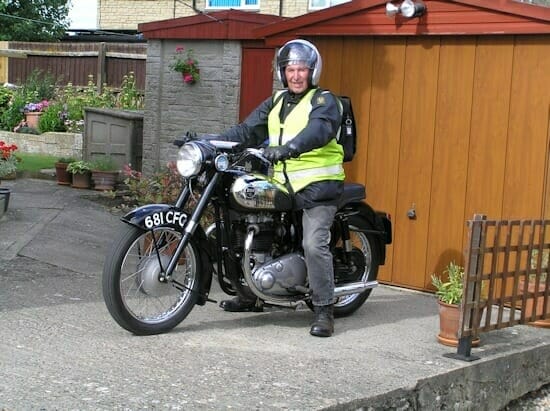 Mr Ted Sutton of Bowmens Lea is an outstanding contributor to the community in Aynho – there is not much of life here with which Ted has not been involved.

Ted Sutton lives on notes in a daily calendar of meeting and agendas!  The only time he misses something – and this is very, very rare – is when his duty to Valerie rises to the top of the list on the page.

Other than marshalling at the Isle of Man TT, which he has done for decades, and riding the extremely dangerous course every year he could, every one of those things he has done, or roles he has played, is for the service to others – for us here in Aynho and for a wider community. He served his country, his community and his clubs – in whatever role he could help at the outset or to which he was elevated in time….and he still does.

Many will have sat at meetings and heard his views and advice – a terrific turn of phrase and a master of getting to the point – and just sometimes edging it on what might be described as “non pc” but not intended as such! Lately the mantra seems to be “20 or 30 years ago we had a similar point or issue to solve”, before giving the benefit of that advice.

A man who arrived in Aynho in 1964 with his young wife having redecorated the church in Oxford to make it a fitting venue for his wedding and not really knowing what he was coming to in Aynho.  A man who thought “what sort of situation have I got myself into?” and attended the Parish Council as his means of finding the answer… and there he stayed and served.  As a Parish Councillor he was tickled pink (and very proud) that Bowmens Lea brand new houses were also listed as part of the  Grade 2 listing, as he looks out on the back of the Grammar House, and didn’t want to tell those responsible that  “a likely mistake” had occurred – but his moment of pride gave way to duty and he let them know.

Here is a man who probably saved the life of a young boy who slipped at the top of the slide in the playground (no parental supervision ordered or expected in 1968) and was found hanging by his neck between the rungs of the ladder; the family is ever grateful, although the elder sister thought it incidental at the time – don’t things just happen. Ted is ever vigilant and learned from his days in the Army as a Queen’s Own Oxfordshire Hussar, but he was sadly not selected to be part of Sir Winston Churchill’s funeral escort – upright and bearing brilliant as they still are, but in 1965 just not old enough (even) and Aynho was too far from Westminster, Oxford and Blaydon to catch the selector’s eye.

Here is a husband who recognised a girl who could hang on to him on the back of his bike and married her – as young as she was – because the other, elder versions he tried had no natural skill at hugging the bends or wrapping their arms kindly. He admits to losing it on a corner and catching the back of a tractor and trailer, swerved, managed to get underneath the end of it, with the only complaint from ‘the back’ being the ladder in her stockings (of course!).

This is the man who laboriously fills his tables at the Fete with “magnificent” second hand books year after year (mostly the same) knowing that he was “dispensing culture to the masses” (1981) but last seen in 2019.

Ted loves it all and has survived this life of service, not just as he recently said his favourite activity of the year at the TT race where “surviving the mad Sunday” is an important outcome! Sometimes he would ride round it twice just for good measure!

Happy Birthday, Ted, enjoy your cake, the isolation, the moment and we look forward to seeing you about in your FUR and PUR registered cars when it is allowed again “sometime in the future” on our doorsteps and at our meetings. God speed – and save us from worrying in 2021 by sticking to the vintage bikes at Gaydon and saving Valerie from another Isle of Man experience!

Ted is in the Banbury Gardian